THE DAUGHTERS OF BATHORY SERIES 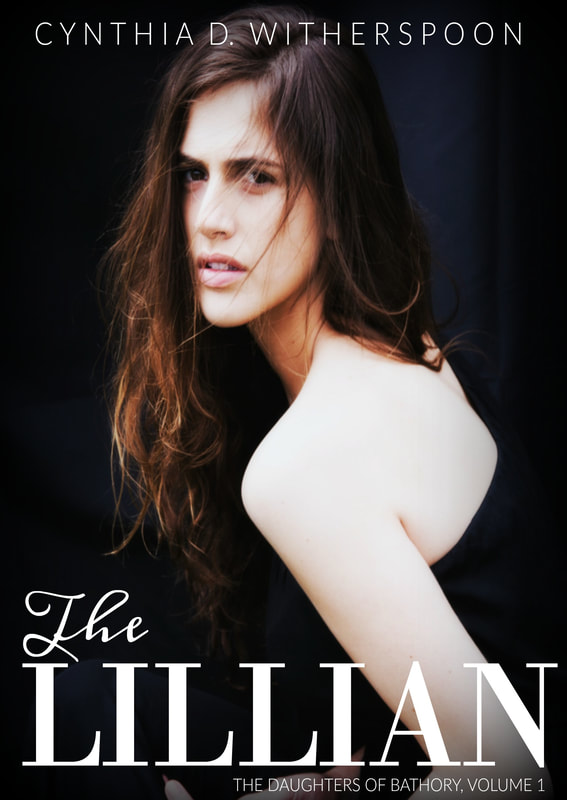 ​Charlotte Kingston knew who she wanted to be. The popular girl. The daughter every parent wanted and every mother wanted their son to date.

Yet, when Charlotte turned to magic to make her wish come true, she initiated a tragedy that would set her on a path of her own making. She enrolled in college with no hope of becoming the girl she wanted to be.

Until the Lillian found her.

As their secret past as vampires unfolds, will Charlotte become one of them to fulfill her wish of perfection? Or will she accept herself for who she was born to be?

I knew what I wanted. I knew who I wanted to be. And by God, I had done everything that was expected of me. I excelled in my classes. I bought every magazine and studied every hairstyle that was in style. But it wasn’t enough.

Nothing I did was ever enough.

I clutched the book close to my chest. It was almost time. I would be good enough. I would fit in and be the type of girl I had idolized since I was ten. Thin. Pretty. Popular. You know. The basics that had been drilled into my head from the moment I laid my eyes on my first Barbie doll.

I dropped the book on the table I had knelt in front of to make sure I had all the ingredients required. White and pink candles for beauty. Cinnamon for success. A piece of parchment and a red pen. A mirror to see my own transformation. The words I needed to say to make my dreams come true.

Magick. Hope. These were two halves of a whole according to the book I'd found three days before. I brushed my hand over the cover with a smile. Someone had left it out on a table at the library downtown. I stumbled on it by accident. Maybe. Or maybe it was fate. Perhaps this was the key to my happiness. Perhaps this would give me the strength to be who I wanted to be.

I heard the clock downstairs chime. It was time. I was surprised to find my hands were shaking when I lifted the lighter to the candle closest to me. It took awhile, but I finally got them lit. Five candles. Five flames. Five sparks to start my life over.

No. Not Charlie. I hated that nickname with a passion. Charlotte. That’s who I was. Glamorous. Gorgeous. Elegant. I jerked open the book to the page I needed. The black words seemed to glow beneath the candlelight as I traced my fingers over the letters.

Another deep breath and I began to read. “Goddess of old, hear my plea. Make me as beautiful as thee. Make me strong. Make me who I have been all along.”

Ok. Reading the words out loud, they seemed cheesy. I frowned before I closed the book. Instead of reading the spell written by another, I decided right then and there that if I was talking to a goddess, she would hear my words. My plea.

“I don't know who you are. I don't even know if you really exist, but I need your help." I rested my elbows in the center of the table before I folded my hands together. “My name is Charlotte Kingston. I'm sixteen and hopeless. I'm awkward when I want to know grace. I'm weak when I need to be strong. My family is poor and I am made fun of because of it. The truth is, I want to fit in. Somewhere. I want to be the girl that everybody knows. Everybody fights for. I want to be the damsel who gets to live in a fairy tale of my own making.”

I whipped around when I heard a knocking noise behind me. I felt like my heart was beating at a million miles a second, but there was nothing there. My folks had gone to bed hours ago. Despite the darkness behind me, I could make out my bed. The white armoire that served as my closet. Even the dolls I had collected every Christmas and birthday.

I dropped my arms and turned back to my spell. The next step was to write down my desire. I found that my hands were still shaking, but the more I wrote, the easier it became. I poured out my fears of not being good enough. I poured out my failures. My desire to change my life so that I could be like the other girls in my class. When I stopped, I read over my words. It was one thing to have these thoughts, but to see them in print? It was heart wrenching. At some point, I had started to cry as I detailed the poverty I had been born to. I wiped my tears away with the back of my hand.

No. No more sadness. The Charlotte I wanted to be fought back her tears. She didn’t succumb to them.

I leaned down to write the last words as small as I could. There wasn’t enough room on the page.

So mote it be.

I nodded when I dropped the pen. I read the letter aloud to my empty room. I squinted my eyes to see in the flickering light as a heaviness filled my heart. Somewhere in the back of my mind, I realized I was wrong. I shouldn’t be doing this. I wasn’t meant to do magick. I was meant to be a good girl who did what she was told.

To hell with that.

I closed my eyes and pressed the letter to my chest. I would have what I wanted. I would be who I wanted. No matter what it took to get it. I sat still for awhile. Dreaming of the girl I wanted to be. The baby fat had melted away. I was thin. Tall. My boring brown hair long and dark. Shiny as I tried on clothes that cost more than what my parents made in a month. The girl in my mind laughed. Her bright eyes happy. It was then I realized that this was what I wanted.

To be happy. To laugh. To not worry about money or looks or the life that surrounded me.

“Goddess of old,” I whispered. “Bring her to life. Make me into that girl. The happy one.”

I shook my head to chase the images away, but as I folded up the letter in my hand, the girl remained. Still smiling. Still laughing. I touched the corner of the paper to the flames closest to me with a whisper.

"May my words be heard in the heavens.”

The paper caught too quick. I gasped when the letter erupted in my hand. I dropped it on the table on instinct then screamed when the flames spread across the tablecloth. I jumped to my feet as the flames grew higher. The book I had set aside crackled when the fire consumed it. The spell I had spent the past two days trying to work up the nerve to do erupted the room around me.

I whirled around to rush to my door but had to stop when I doubled over in a coughing fit. The smoke had gotten thicker. I dropped to my knees and crawled to my door. I smacked my hand against the wood and willed myself to rise up to my knees, but the smoke pushed me back down. I could hear my folks on the other side. My mom screaming. My dad pounding on the other side of the door to get to me.

My dad yelled before he started coughing. The smoke was starting to surround me. Caress me. I barely heard him above the roar that was now behind me.

Another round of coughing. I sank down until my face was pressed against the carpet. I started to close my eyes when a strange sense of exhaustion flowed over me. But before I could release myself to sleep, I heard a voice calling out from the flames behind me.

“Your wish is my command, Charlotte. For a price.”

I forced myself to roll over. The dark figure of a woman stepped from the flames and reached out to me. She was the last image I saw before my body gave out and the blessed peace of sleep swept over me.