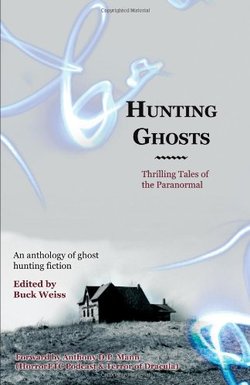 4.0 out of 5 stars Chilling and Haunting Collection, September 7, 2013
By Horror_Nerd (Drew,Mississippi)

"Hunting Ghosts" is an anthology centered around ghost hunting and paranormal experiences. If you are a fan of the paranormal, you will cherish this collection.

She is Gone by Cynthia D. Witherspoon
Zoey, host of a popular ghost hunting reality show is tasked to return to a house she'd claim she would never visit again. She reluctantly agrees to her boss's demands and returns to film an episode, but the house has more in store for her as it's not done with her.

Both of these stories are chilling and will keep you up reading deep into the dark of night. While the other stories are good these two author's steal the show for me. 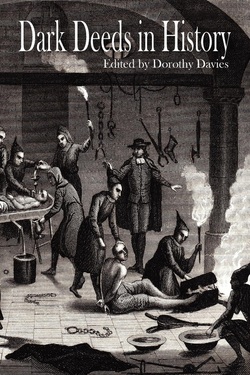 I think the  best stories in this incredible book are "Unusual Appetites" by Naomi Clark,  "The Devil's Oath" by Cynthia D. Witherspoon, "Speed Trap" by Ken L. Jones, "The  Runaway" by Kevin L. Jones, and "Hours with the Dead" by Lee Clark Zumpe. I  couldn't get enough of theses wonderful stories. I wish they could go on  forever! 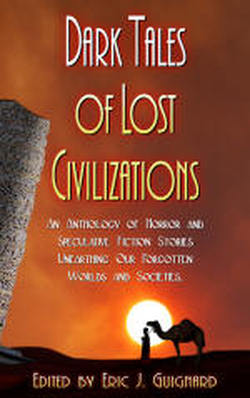 "Dark Tales of Lost Civilizations", edited by Eric J. Guignard, is an anthology of the horrific and the mysterious, of long forgotten realms and dark, unimaginable secrets of humanity’s past. This showcase houses some of the best short fiction that breaches boundaries of typical horror and historical genres. Each piece explores different aspects of the human psyche, from insatiable curiosity to the greed of man, to the ever growing search for knowledge that spurs on explorations in culture and history. Guignard perhaps describes the theme of this anthology best when stating that the inspirations for these stories “invariably would resolve around a sense of wonder”. The fiction within "Dark Tales of Lost Civilizations" truly does appeal to one’s sense of wonder and curiosity, allowing the reader to explore those unanswered questions of the past.

Take, for instance, Cynthia Witherspoon’s "Angel of Destruction", which offers a unique and terrifying look into the collapse of a powerful civilization. Witherspoon’s use of narrative and description takes the reader into ancient realms sugared with a touch of supernatural mystery. It is a look into the fall of a complex civilization with an added explanation as to how a popular supernatural monster got its beginnings.


﻿Masterful anthology. There's really something for everyone in this eclectic collection. I was pleasantly surprised by this book. I bought it for some good ol' chills and thrills which were abundant. DARK TALES OF LOST CIVILIZATIONS represents solid fiction.

Some of my favorites were:


We Are Not the Favored Children by Matthew Borgard
Quetzalcoatl's Conquistador by Jamie Lackey
The Small, Black God by Caw Miller
Bare Bones by Curtis James McConnell
Directions by Michael G. Cornelius
Angel of Destruction by Cynthia D. Witherspoon

Cynthia D. Witherspoon has crafted a short story which is simply one conversation that takes place in a single scene, but it is so succinct and powerful that it remained with me long after I read it—the true mark of a great story. As one civilization is collapsing, a darker truth emerges, one that could affect so many more . . .

Being, as I am, a huge fan of H. Rider Haggard and the like, I came to this collection with high expectations. That’s not to say that this book is limited to stories set in ancient lost cities, found in the remote, unexplored regions of the world. It has a much wider remit than that.

The collection starts strongly with, ‘Angel of Destruction’, a short tale of the birth of an immortal evil at the fall of Assyria. Cynthia D. Witherspoon is one of a number of writers, unfamiliar to me, who I’ll be watching out for in the future. 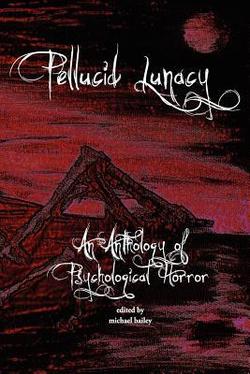 Insanity wears many masks. This is the apparent theme of the fine collection of 20 stories in "Pellucid Lunacy: An Anthology of Psychological Horror," edited by Michael Bailey, author of the novels "Palindrome Hannah" and "Phoenix Rose."
Here you will find stories about the danger of dating cougars ("Gasoline"), xenophobia and the loss of innocence ("Moonman"), the risks of psychokinesis ("Newton's Third Law"), and the hell of shopping malls ("Sweaters"). Some stories are subtle in their horror ("I Wanted Black" and "The Truth Box"); others are unabashedly weird and stretch the imagination ("What the Walrus Hears" and "Eraser"). Perhaps the creepiest stories are those about characters who willingly embrace insanity ("Always With Me," "This Blaspemous Mockery," and "Sizzle").

Themed anthologies tend to be "hit or miss" when it comes to content. Every story in "Pellucid Lunacy," however, is a gem, and the diversity of voices and styles is impressive. If you love stories focused on madness and twisted humanity, be sure to put this anthology on your "must-read" list.

(All profits from the sale of this anthology are being distributed to charitable organizations.)